Buying New or Resale? The Builder is Key. 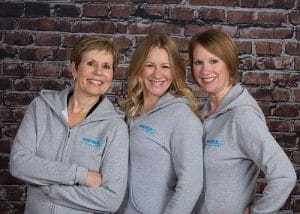 Vonna and her team sold more real estate last year than anyone else in the area.

When buying a home in Washington, the question people often ask is whether they should buy a new home or one that has been previously owned, what is known in real estate as a “re-sale”.

Ask one of the area’s top Realtors the question and you will get quite an education on ways to make the best choice for your family.

Vonna Madeley and her partners Jeanne Tranum and Leslie Shipe at Coldwell Banker Olympic Evergreen Realty sold more real estate—both new construction and resale—than anyone else in Thurston County in 2015. In addition to the large resale component of her business, Vonna has represented Rob Rice Homes in several communities, most recently in Chestnut Village in Olympia, WA.

With her more than 19 years of helping people find and move into their homes, she has a depth of knowledge and some wise advice for buyers whether they are deciding to move out of an older home or considering their first one. 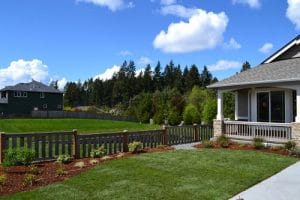 Vonna advises her home buyers to consider the cost and time for replacing things in the home they are buying and setting up savings that will eventually pay for them.

“I tell people, even when they buy a brand new home, that it’s only new today. If a family plans on living in the home for a long time they should budget for replacing items. A home ages a little bit here and a little bit there and it is much better to maintain it along the way rather than waking up one morning and realizing the costs have mounted.”

People often choose to move into a newer home rather than bear the necessary upkeep as a home continues to age. Vonna provides an example of how those costs to maintain a home over the years can add up.

“When a home is 15 to 16 years old, it may need a new roof—depending how it has been cared for and the quality of the roof—and, to replace it will cost somewhere around $8,000. Then, consider that your furnace, hot water tank, fencing, carpet and more may need replacing around that time. If you start saving $100 to $150 a month when the home is new, then when things happen, you don’t have to put it on a credit card or borrow money or worse, go get another bucket because the roof is leaking.”

A deciding factor in considering a home and its upkeep whether new or resale, is the quality of its builder.

“Starting out in a newly built home, replacement costs all start at zero. If a house is built by an inferior builder who cuts corners and uses lower quality materials to save money, then even in as little as 5 to 7 years, systems and materials in that house may need to be replaced.”

It is entirely different with a quality local builder like Rob Rice who has been voted The Best of South Sound for three years in a row. Vonna uses the example of the HVAC system in every Rob Rice Home that is superior to those used elsewhere. 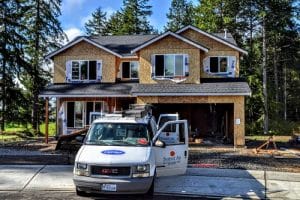 “My son owns a Rob Rice Home and when Sunset Air recently did a regular service on his HVAC system they told him that the quality of his furnace far exceeds the home’s needs. They also told him that he probably did not need service too often because Rob doesn’t allow anyone to cut wood inside a house while it is being built, which keeps harmful dust out of the HVAC system.”

Vonna says it is important to look at the quality of a home and its components and not just the things that look flashy.

“A lot of model homes are beautifully decorated, but you have to get down and look at the specs of the furnace and the hot water tank and what kind of materials are going into the house.”

“Rob Rice Homes has model homes that are often staged to help people visualize living there, but I honestly believe when you stack a naked Rob Rice home up against the naked home of any other builder, you can see the superior construction because he doesn’t cut corners.”

“My buyers, especially people who have previously owned a house, notice the small details like backsplash tile in the kitchen that goes all the way up the wall and cabinets with full-extension drawer guides and hidden hinges. Other communities just don’t do those things.” 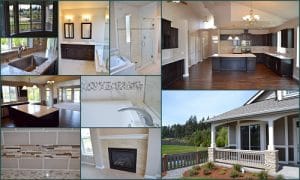 Homebuyers notice the fine details and superior construction in each Rob Rice Home.

New home buyers will at times have questions about living with the new construction in a community. And, again, Vonna’s answers turn to the quality of the builder.

Rob is also as meticulous about his job sites as he is with building his homes. He sets high standards for his sub-contractors and workers to keep them efficient and orderly.

“If Rob walks around a house under construction and sees garbage on the floor or it is not swept, he is quick to clean it up. When framers or siders are finished with their work, he expects lumber and materials to be removed immediately.”

Rob Rice Communities are known for their expansive landscaping, another priority for home buyers.

“If buyers ask how long it will take for the landscaping in a new community to fill out, I suggest they drive through Whitmore Glen, now six years old, and see how all of it has matured.  Or, I tell them to compare Lexington, an older Rob Rice neighborhood in Lacey, WA, to the newer neighborhood nearby at Kensington. He designs his communities with the very best landscaping and it all looks better and better over time.” 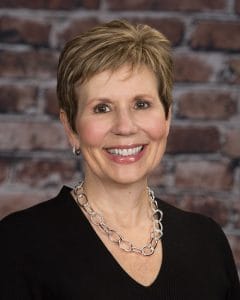 Rob Rice is Thurston County’s largest local home builder and was voted the Best of South Sound for 2013, 2014 and 2015. He has built more than 3000 homes over the last 30 years. He and his wife Helena live in Olympia with their two sons; Alex Michael and Carson. Rob is a graduate of Washington State University with degrees in construction management and architecture.