Rob Rice Homes: Tough Times Bring a Win for All

It is a partnership between a bank and a local builder that proved to benefit many— homeowners, the community, and ultimately, the local area’s economy. Jobs were saved, beautiful communities and homes were built, and the economic boost to Lacey, WA, and our County was measurable. 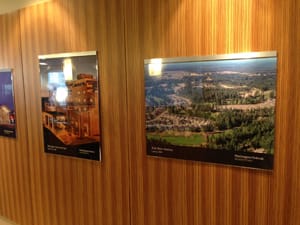 The project was a cornerstone project for one of the nation’s largest banks that has displayed its photo in their headquarters lobby.

Washington Federal Savings, one of Washington’s largest banks, trusted Rob Rice to plan and execute the development and building of hundreds of new homes in the Meridian Campus during one of the worst economic times in recent history, a project that is nearing completion after six years.

Today, an aerial shot of that project is showcased in the lobby of the bank’s headquarters in Seattle and is considered one of its cornerstone projects. Displayed next to a photo of the Weyerhaeuser building on Occidental and the Eldorado hotel in New Mexico, the photo bears the Rob Rice Homes name.

The story of this unique partnership provides insight into the integrity, loyalty, and expertise of Thurston County’s largest local builder and the bank that trusted him.

Challenge Brings Out the Best 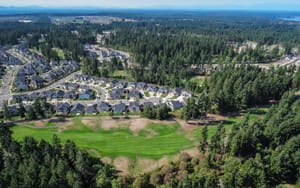 Washington Federal is headquartered in Seattle, has approximately 15 billion in assets, and is one of the 100 largest banks in the country.

In 2009, when the bottom dropped out of the housing market, the bank took possession of large parcels of land in the Meridian Campus, which was a result of a foreclosure. The land, once appraised at $43 million, dropped to $9 million during the housing crash and posed a significant loss for the bank and instability for the Meridian Campus community. 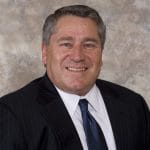 Keith Taylor of Washington Federal Bank partnered with Rob Rice, which has resulted in beautiful communities that are in high demand.

“What was left was partially developed land, unfinished streets, and abandoned homes only partially constructed,” explains Keith Taylor, Senior Vice President of Real Estate at Washington Federal who took over the day the bank took possession of the property.

Keith turned to Rob Rice and his team of experts to help preserve the bank’s investment, prepare the infrastructure necessary to build on the lots, and build his outstanding homes.

“We invested in Lacey at a time when the community needed it,” says Keith. “We helped the home-owners’ association and the golf course; we put in sidewalks, curbs, roads, sewers, and even a lift station, then provided gorgeous new homes for buyers.”

Why Partner with Rob Rice?

Keith Taylor knew of Rob Rice’s reputation because Washington Federal had been a loyal partner and had lent to Rob since the late ’80s.

“Rob was highly thought of in the community, and I was looking for someone to partner with who had made it through several real-estate cycles. Rob had a business model that had endured many cycles because of the principles he operates.”

Rob Rice explains the reason he was so stable during an unstable time.

“We never over-extended ourselves during the recession,” explains the Best of South Sound builder. “I’ve always been very financially conservative, and that mindset has helped me along the way.”

Keith also knew Rob had a remarkable team made up of his wife, Helena, his office staff, the realtors who represent him, and a vast network of sub-contractors and partners who hold high standards and to whom Rob is fiercely loyal.

“Rob has the same framer that he has had for 30 years,” says Keith. “This is the kind of guy who will bring all of his expertise and integrity, so we wouldn’t have to worry about the partnership. It was not a legal partnership, but it has truly been one in the business sense.”

The project had four phases, which began in Campus Highlands as a fee-building program.

“In fee-building there was no risk to us, but there was for Washington Federal,” explains Rob. “It shows their confidence in us and our proven record to build a quality product that consumers want to buy. We didn’t have to purchase land or finance the homes we were building; we were just paid for each home that we sold. It was perfect timing for us because it was during the recession.” 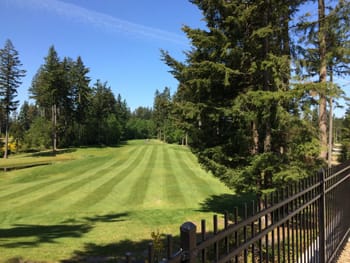 Views from the lots that Rob built in the Meridian Campus are stunning.

Campus Highlands homes sold quickly, and Rob was able to finance the next three phases himself through Washington Federal. Today, the second phase of 50 lots at Campus Highlands North are nearly all sold. The third phase, the Rob Rice Community at Campus Peak, has sold 30 of its 90 lots. The final phase of the project is 80 lots at Campus Estates that are currently in development.

“The only pressure was to perform and sell the number of units that I agreed to with Washington Federal,” adds Rob. “I was able to exceed my goal for them. As Thurston County’s largest local homebuilder I have a good grasp on the market demands. I know and can build the plans that people desire.”

When finished, Rob Rice Homes will have built on 292 lots in a premium community in Lacey, WA.

The Homes That Buyers Love

Keith saw the quality of Rob’s homes as another huge benefit to the partnership.

“His homes are beautiful, and they have the type of floor plans that buyers today want. We knew they were a superior product.”

Rob credits Deanna Collins of Signature Interiors and Design and his wife, Helena Rice, for an exceptional job of choosing interior and exterior finishes that buyers wanted.

In addition, the team of realtors representing us at these communities—Vonna Madeley, Jeanne Tranum and Leslie Shipe of the Coldwell Banker Evergeen Olympic Realty—have been great advisors for buyers and their choice of features.

“The fun part of this project has been working with our homebuyers who have already built a few homes and now are ready for their ‘forever’ home,” says Helena Rice. “They know exactly what they want, and we’ve been able to meet their needs.”

“At both Campus Highlands North and Campus Estates, we have built luxury ramblers and plans with a master suite on the main floor, both floorplans that so many people want these days. The homes are on lots that have stunning views with the golf course right at their fingertips. It is literally like living in a park.”

In the end, the bank did not make a large profit but recouped the millions of dollars it had invested.

“It probably isn’t apparent how daunting a task it was, but the payback is much more than getting our principal back,” remarks Keith.

Rob Rice explains what he regards as one of the top returns for his efforts.

“The biggest satisfaction for me was being able to keep my team of employees, sub-contractors and realtors—nearly 100 people—busy during one of the worst economic times in our industry. This project provided millions of dollars of work for numerous partners. The end result was success for all involved.”

Keith says that without Rob Rice as a partner, he would still be working on the project.

“When I asked Rob one time if he golfed, he told me he didn’t because he would have to go ‘all in’ to be good at it or he wouldn’t do it. With this program, he was all in.”

“He builds new homes and communities that way. He brought his intellectual property to make this thing happen and made his mark on that community. It is no wonder that so many people trust him to build their homes, one of the largest investments they make. Our bank certainly did.”

Rob Rice is Thurston County’s largest local home builder and was voted the Best of South Sound for 2013, 2014, and 2015. He has built more than 3000 homes over the last 30 years. He and his wife, Helena, live in Olympia with their two sons, Alex Michael and Carson. Rob is a graduate of Washington State University with degrees in construction management and architecture.