Taking two-hour shifts from 10 am to 6 pm, Epic Realtors joined 13 other real estate offices in different locations throughout Thurston County and more than a hundred Realtors for the event. 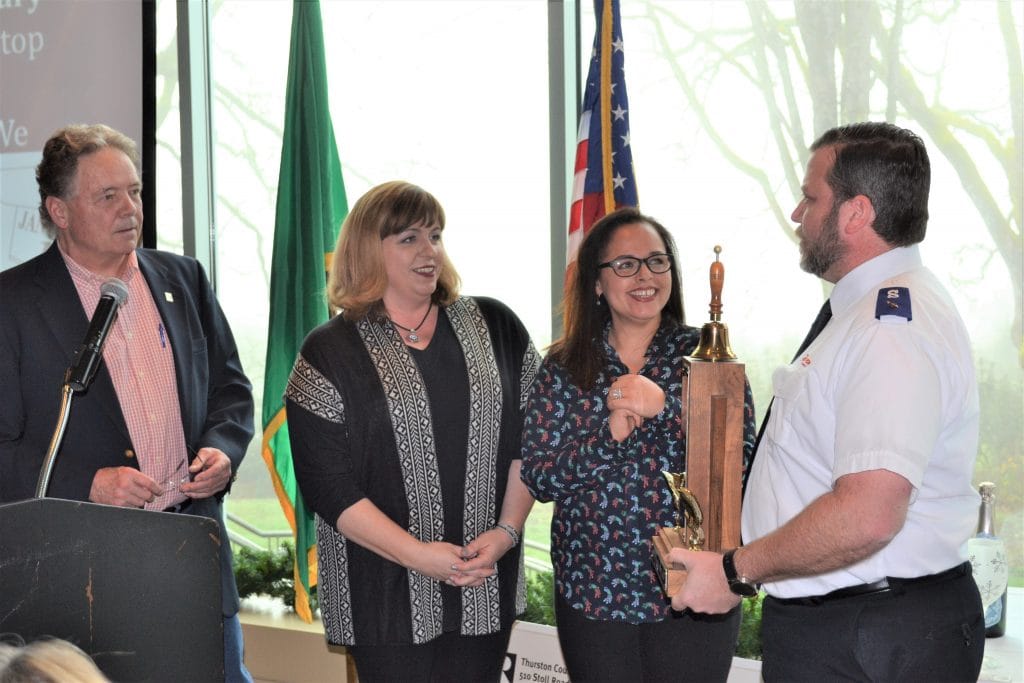 In total, all participating real estate companies brought in $16,775 for the local Salvation Army, a record amount in the four years the Association has organized the day.

“We love this event,” said Helena Rice, part owner of Epic Realty, whose Realtors represent Rob Rice Homes in communities throughout the South Puget Sound. “We were so excited to raise money for The Salvation Army that touches so many people in need. It was a great time to give back to the community where we work hard to help people with their hopes and dreams of a new home.”

The Salvation Army is listed as Forbes 4th largest charity in the U.S and according to Forbes, 82 percent of its expenses go directly to charitable services for the vulnerable. The Olympia Corps in Thurston County offers shelter and meals to the homeless and hungry, care for the elderly, school programs, summer camps and much more.

“Realtors live in the communities where we serve, and that’s why they engage with The Salvation Army in Olympia,” said Gregory. “It is where we can do the most good, and do it locally.” 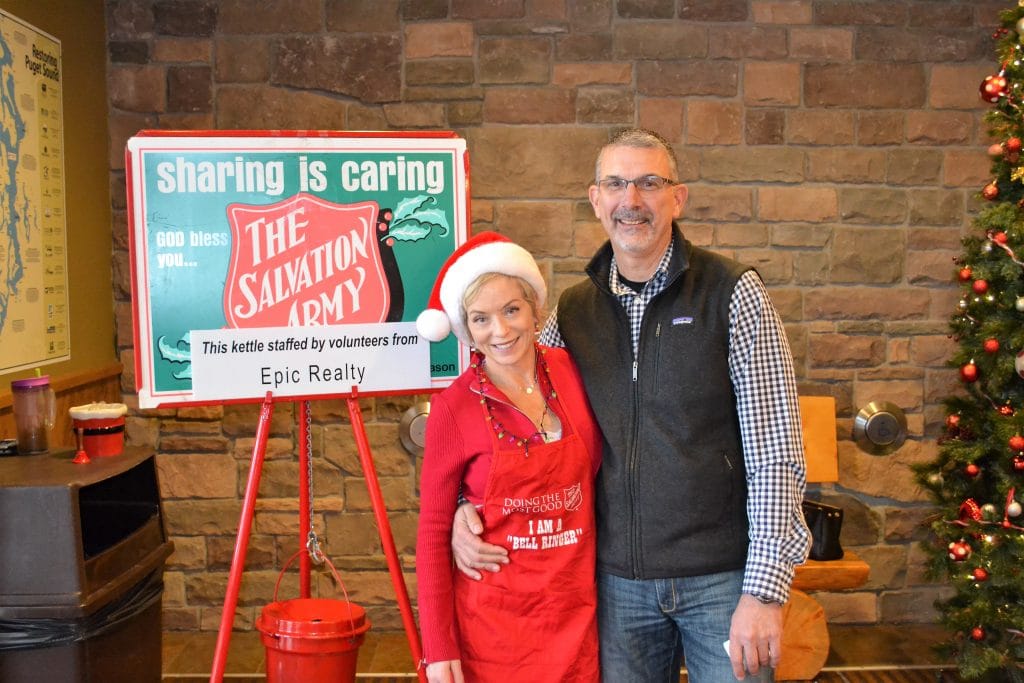 Gregory Moe announced at a recent holiday Association event that Epic Realtors’ bucket had raised $5,567.81 in one day, the highest amount for the Ring Day and the winner of a trophy presented by The Salvation Army.

Richard Pease, Envoy-in-Charge for The Salvation Army-Olympia Corps observed that it was the largest bucket he had seen in several years when he presented the trophy to Epic Realtors, Lucia Arroyo and Christina Janis.

Rob Rice Homes is the area’s largest local builder and holds the highest standards in homebuilding with its superior construction and architecture, premium home features and outstanding customer service. Those high standards are why Rob Rice chooses Realtors®, many with decades of experience, to represent his homes. He also understands their commitment to giving back to the community where he lives and is raising his family.

Rob Rice Homes wishes you and your family the happiest of holidays.

Rob Rice is Thurston County’s largest local home builder and has been voted the Best of South Sound for the last four years. He has built nearly 3000 homes in 43 different new home communities over more than 30 years. He and his wife Helena live in Olympia with their two sons, Alex and Carson. Rob is a graduate of Washington State University with degrees in construction management and architecture.