This year’s Olympia Master Builders (OMB) Tour of Homes™ proved to be a terrific community gathering that showcased the quality and beauty of Rob Rice Homes. It was also a time when all the homes on the Tour were judged by top local, seasoned builders and long-time OMB members. Rob Rice was honored to have one of his homes recognized by those judges as the “Best of Show.” 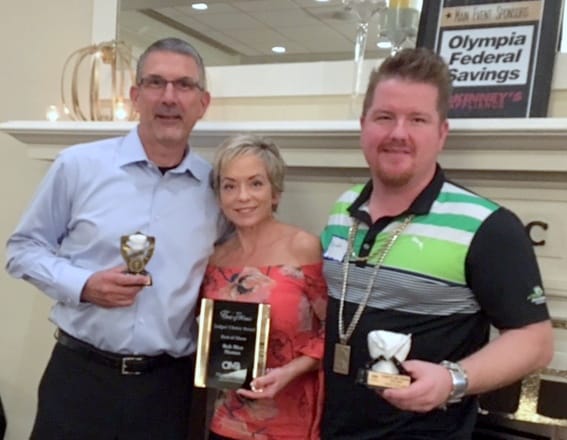 Rob Rice Homes had entered two gorgeous Lacey, WA homes for the big weekend. The Riviera (3108 sq.ft.) at its Campus Estates community won the top award with its 2-story plan, high-end design upgrades, lush golf course views and a balcony off a luxurious master bedroom suite. Also on the Tour was the Cottonwood (2509 sq. ft.) at Steilacoom Ridge, an open and bright floorplan that is in high demand and was built with such stunning features that it sold before the show began!

Rob and Helena Rice, owners of Rob Rice Homes, were presented the “Best of Show” award at an OMB awards ceremony in early October, but the local builder was quick to credit the superintendent who oversaw the building of both of his homes on the Tour—George Gottleib. 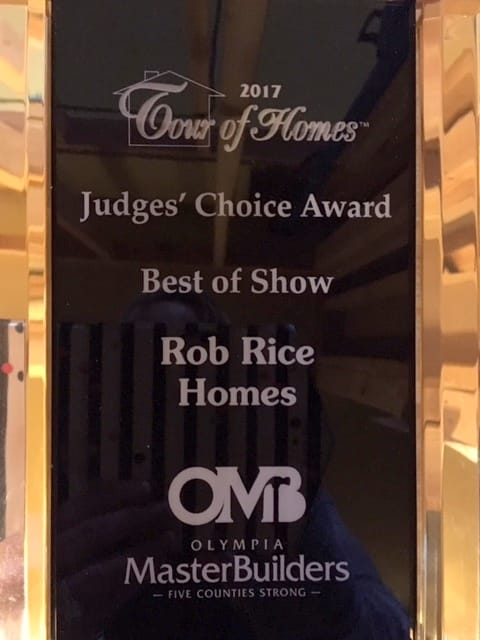 “My name may be on the homes, but George is the one who oversaw the building of these homes with the kind of integrity and detail that we are proud of,” said Rob. “With such a huge demand for our homes this spring and summer, it put on added pressure, but George had the homes ready for the Tour while maintaining the highest quality. He worked very hard to make sure they were perfect.” 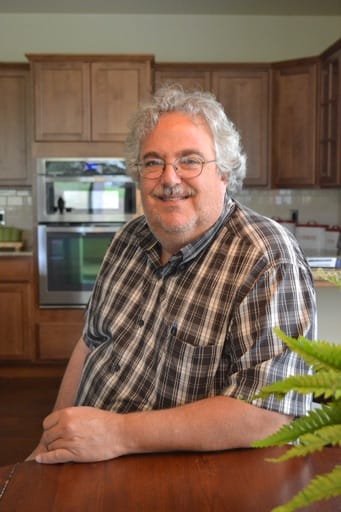 George is a Super Super

George Gottlieb has worked with the Best of South Sound builder for more than three decades and incorporates the standards he shares with him into every home he builds.

“Rob Rice has high standards,” George said. “He is meticulous about the details in his homes and the way they are built. We are determined to deliver a superior product that the homebuyer will love for years to come.”

But superior building isn’t the only thing that sets apart the homes that George builds—an estimated 2000 homes so far in his career. He will tell you that his biggest challenge, like building the homes for the Tour, is coordinating the entire project in a timely manner. George is a stickler when it comes to honoring the building timeline and the customer service he delivers to every Rob Rice homebuyer.

“As a superintendent, I am directly involved in building a house from the permitting process all the way to the customer service for the homeowner,” George described his job. “Our homeowners often have a lock on a loan, they need to get out of their old home and move in. It is critical that we meet our deadlines.”

George rarely misses a deadline for the completion of a home once it was firmly set, though he often has many homes under construction at the same time. There may be times where delays are beyond his control, but George strives to meet his goal.

“If it’s a locked-in date, I hit it. And, it is done in a way that fulfills the homeowner’s wishes. Rob Rice Homes stands behind our product. And, if there is something a homeowner isn’t happy with, I will go back to a home as many times as a homeowner needs me to.” 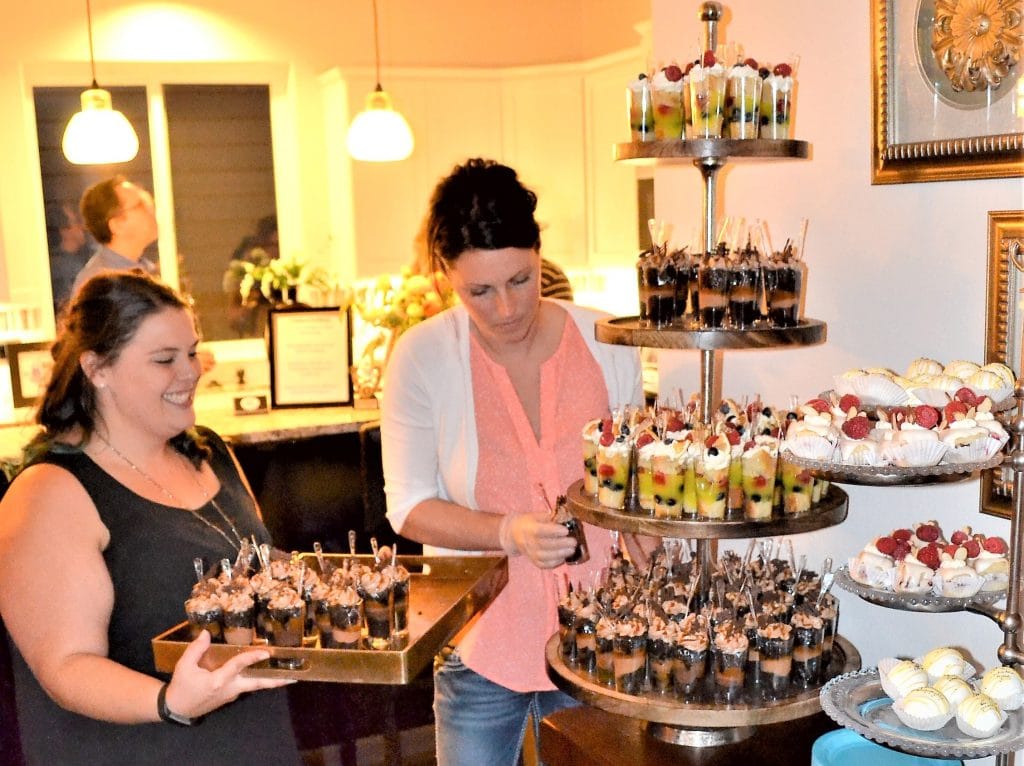 Helena Rice, who coordinated the Tour of Homes events for Rob Rice Homes, said that George went above and beyond to ensure both houses for the Tour were exceptional.

“He worked incredibly hard on both houses and gave 200 percent to get them done on time and done so beautifully. We couldn’t have done what we did, while maintaining our superior craftmanship, without George. What is amazing is that he puts that kind of effort into every home he builds.”

Rob Rice Homes was incredibly proud, first to be able to participate in a popular community event and then to be recognized by building peers and members of the Olympia Master Builders. 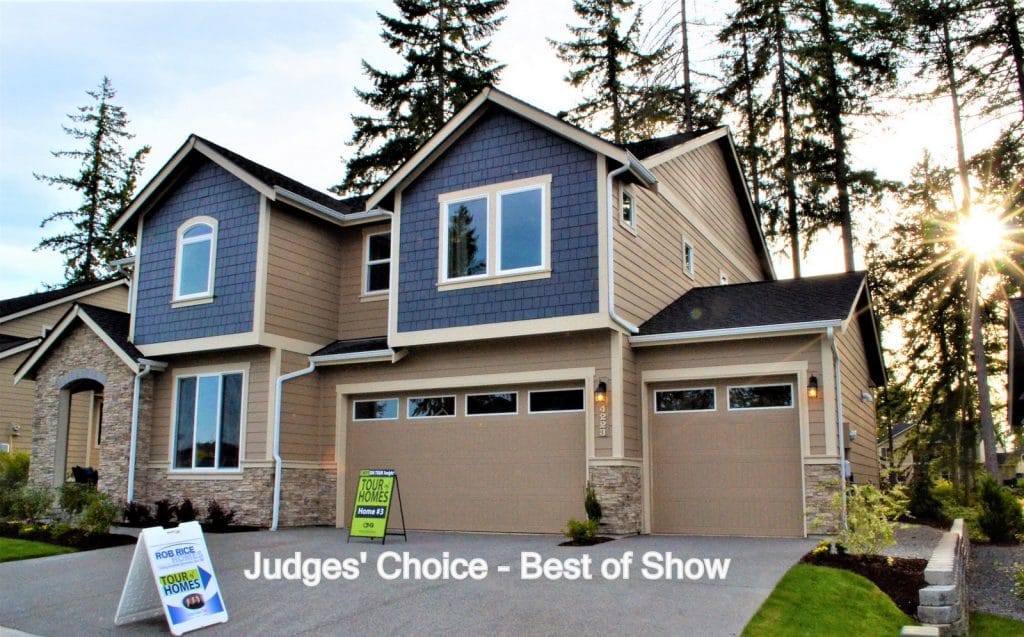 The Riviera at Campus Estates shined as “Best of Show” during the Tour of Homes.

“We are a local builder and maintaining the highest quality is critical to us,” says Rob Rice. “That’s just as important to all of our building superintendents and our great staff and workers. We live here and raise our families here and are very proud of the work and customer service we provide for our homebuyers. I know it is why our homes are in such high demand.”

Rob Rice is Thurston County’s largest local home builder and has been voted the Best of South Sound for the last four years. He has built nearly 3000 homes in 43 different new home communities over more than 30 years. He and his wife Helena live in Olympia with their two sons; Alex and Carson. Rob is a graduate of Washington State University with degrees in construction management and architecture.