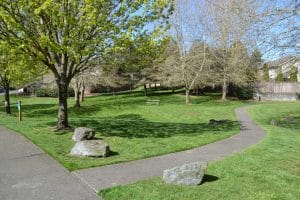 Drive through any Rob Rice Community, new or old, and you will be struck by the expansive landscaping and abundant green space throughout. The layout of lawns, shrubs and trees is thoughtfully designed and it all grows more beautiful with time, improving the look of neighborhoods with each passing year.

Each lovely home has a unique and distinctive look, setting the home apart. Upkeep and maintenance is insured through each community’s homeowners association enhancing the value of the homes and neighborhood.

In some Rob Rice communities like Kensington in Lacey and in some select homes at the Villages at South Hill in Puyallup the front lawn and yard care are even professionally maintained for homeowners for carefree enjoyment and consistently beautiful yards. 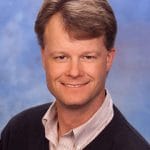 Give him any street in the area and Realtor Bob Jorgenson, knows the quality of the homes and desirability of the neighborhood.

“Houses often sell themselves,” says Bob, the Coldwell Banker Evergreen Olympic Realty broker. “If buyers find the right house in the right neighborhood, they are going to want it.

And a lot of the buyers want homes built by Rob Rice. Bob sells hundreds of homes and estimates that up to 20 percent of them are Rob Rice Homes, either new or resale. 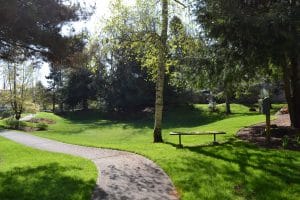 Many of Rob Rice Communities mature to be park like, a great place for a morning walk.

“It is curb appeal that gets people to stop and attracts them to a home. I have had clients say ‘This is it!’ when we first pull up in front of a house. It’s the things they look for when they turn into a neighborhood that attracts them to living there.”

And, landscaping is a huge part of each Rob Rice home’s curb appeal and something that allows it to retain its attractiveness over the years.

“I point out to my clients the attention to detail, not just in the landscaping but every aspect of a Rob Rice home. More importantly, you get what you pay for and his homes and neighborhoods only get better with time.”

Bob, who often takes clients on a tour to familiarize them with the area, says that

for some it is hard for them to envision what the landscaping in new construction communities will look like.

Bob provides an example to help them understand.

“One recent tour took us through the Rob Rice Community of Whitmore Glen, which is good example of a neighborhood that is almost five years old where the landscaping and street trees are really starting to take off and mature. “

“I pointed out four border shrubs carefully placed between two houses,” Bob continues. “They probably cost Rob what other builders would not pay. Those plants now give a sense of privacy between the homes. It is a fuller, richer neighborhood each year because Rob spends more up front on every home.”

The extra touches of well-placed foliage and crisp lawns frame each Rob Rice home to enhance its features, improve privacy and individuality and contribute to its lasting value. 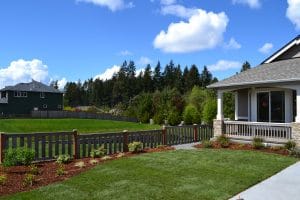 Rob Rice Homes designs beautiful landscaping that only gets better with time.

“On that particular tour, I also took my clients through an adjacent, 10 year old neighborhood with homes built by several other builders,” Bob explains. “The buyers could see that the landscaping, even though it was older in years, didn’t compare to Whitmore Glen.”

All of Rob Rice Communities are known for the wide open spaces and rich common areas throughout. His established communities are park-like neighborhoods with, walking paths through open areas and sculpted storm water ponds.

“I often tell people to go find a house or neighborhood Rob Rice built years ago and look at the landscaping as compared to other homes built at the same time,” Bob says. “There is a noticeable difference.”

“Most builders try to sell an individual home, Rob is concerned with the entire neighborhood,” says Ernie Unroe, co-owner of Pacific West Landscaping, LLC who has worked with the “Best of South Sound” builder for more than 30 years. “You can build a beautiful house on the inside, but the outside is the first impression.” 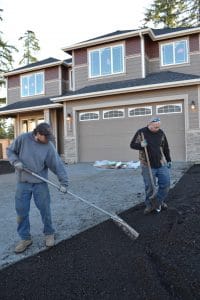 Each Rob Rice Home is individually landscaped to make it distinctive and to fit with the flow of the neighborhood.

Ernie explains the thought and attention to detail that is put into every home.

“We plan and design the landscaping in a way that accents the features of the house and its roofline. We don’t want to hide it but soften it to make it look more established and like it belongs with better flow and continuity to the neighborhood.”

Rob’s interest in the landscaping goes beyond selling homes.

“I have worked with a lot of builders, and Rob’s attention to detail makes him stand above the crowd,” says Ernie reflecting on the local builder’s decades of home building. “He is concerned with the quality and size of the plants. He doesn’t want cheap, small plants. Rob will spend the money to put in larger bushes that will grow to fit the area.”

“Rob is also concerned about all the open spaces, common areas, storm water areas and goes above and beyond what is required by the city to make his communities beautiful,” Ernie continues. “Rob demands quality in everything. Being a perfectionist has been the key to his success.”