Meet Rob Rice: The Man Behind The South Sound Homes

Rob Rice has created communities in Washington’s South Sound through his namesake development company for the past 35 years, but he’s not one to talk too much about himself. Growing up in the rural town of Almira, Washington, he was one of only a dozen kids in his graduating class, and worked in wheat fields to pay for college. No stranger to hard work, Rob double-majored in construction management and architecture at Washington State University, and immediately began working in the building industry after his 1985 graduation. Within just a few years, he and partner Dennis Andrews had formed Gemini Homes, and they were on their way. 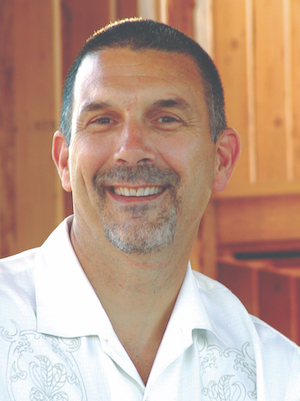 In 2012, Rob and his wife Helena rebranded Gemini Homes to Rob Rice Homes, with a specific focus on creating luxury communities that exceed expectations. Rather than choosing a site that has already been zoned for development and building on cookie-cutter lots, Rob goes the extra mile to find sites that can be fully customized. The result? Larger, gorgeously landscaped yards, and properties designed to accommodate luxury homes, with generous open space for all the homeowners to enjoy.

It can take between two and twelve years for a plot of land to be selected, approved and developed before any construction begins, and Rob prefers to build in areas with scenic natural surroundings such as forests, mountains and wetlands, so much thought has to be given to the protection of local species and environmental impacts. Sometimes, the delay is related to the condition of the property, for example, there may be items to dispose of, costly improvements necessary or the development may be challenging environmentally.

“Our goal in our neighborhoods is to offer a quality product at a fair price,” Rob says.

There are a lot of factors that go into that: market conditions, available inventory, development fees, and the cost of goods. Rob works closely with each involved department and sub-contractor, including the HOA management company, until the last home is sold. He even retains ownership of a select number of homes in each of his neighborhoods, so he can remain involved with the future of the properties.

If this sounds like a lot of work, it is, but Rob has no regrets.

“Usually, in housing, it’s quality, aesthetics and function— pick two,” says Rob. “That’s not how we do things. We’ve found a way to pick three. It costs a little more, and it takes a little longer, but it’s worth it every time. We don’t design groups of houses, we design communities, and communities take effort.”

“I credit all of my success to our Partners,” he says. “Some of them are third-generation and I am extremely loyal to my family of Partners.”

When Rob talks about his “Partners,” it’s with a capital “P;” employees and sub-contractors he’s known since the late ‘80s. This includes Sunset Air (whose video series we’ve featured on the blog), Doors Unlimited, BMC Lumber, Hatton Godat Pantier, Olympia Fireplace, Pro-Tech Landscape and many more. In a few cases, business owners have passed the mantel, putting their children and grandchildren in charge.

“It’s terrific to see these next generations grow up and take over their family business,” says Rob. “Some of these people I’ve known since they were kids, and now they’re framing houses in our communities. That stability and consistency is part of our secret sauce”

Another long-term partner in Rob’s life is his wife Helena, who co-owns the business and is his “biggest fan.” A photo of the Rice family hangs in the entry of each development’s model homes, a warm reminder of Rob and Helena’s commitment to the family business. Rob met Helena while she was volunteering on the Board of Directors of Olympia Master Builders in 2001. While at an OMB 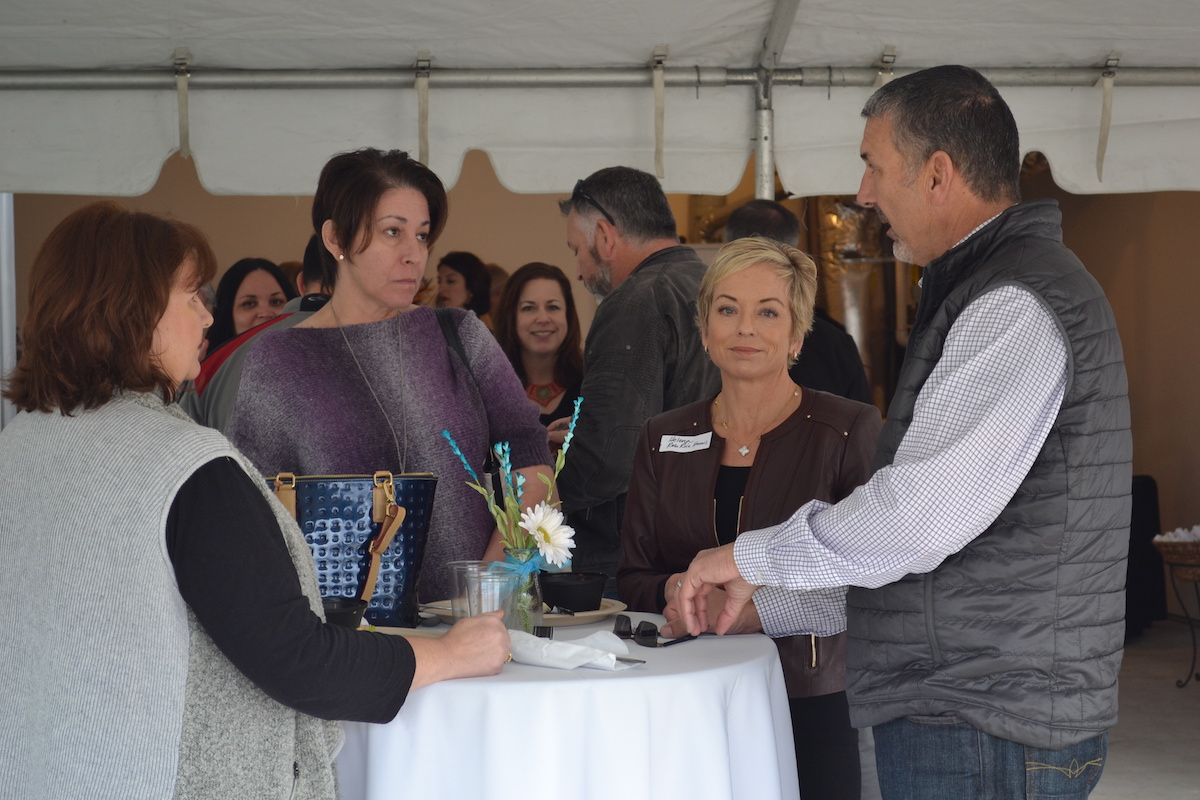 Rob (far right) and Helena (second from right) with two of their realtors at an event.

auction, Helena mentioned wanting to bid on a sailing trip donated by former OMB president Daimon Doyle. When the bidding went too high for her budget, a dejected Helena gave up, but Rob didn’t. The following Monday, she learned that Rob had been the highest bidder, and bought the trip as a gift for her. Two decades later, they are the proud parents to sons Carson and Alex.

The Rices share a commitment to philanthropy, which manifests in involvement with Hands On Children’s Museum, South Puget Sound Community College, St. Martin’s University and South Sound YMCA. Rob is involved in local youth sports, including his sons’ teams, and serves on the board of Commencement Bank, Providence St. Peter Hospital Foundation, and as a Life Director for Olympia Master Builders. For the past several years, Rob Rice Homes and Epic Realty have participated in the Thurston County Realtor’s Association “Ring the Realtor Day,” earning the highest community contribution total three years in a row.

“People in small towns take care of each other,” says Rob. “I grew up like that, and I want to live in a world like that, so I give where I can, whether that’s with my time, my money or both.”

In January 2020, Rob Rice Homes sold more homes in a one-month span than in Rob’s entire career as a developer, but that didn’t inspire him to increase the pace of production.

“Every Rob Rice Home meets an exceptionally high standard of luxury and excellence, and pushing homes off an assembly line simply isn’t our way,” Rob said at the time. “I won’t hire additional subcontractors whose work hasn’t been vetted. I want to be able to endorse every inch of the home.”

While COVID-19 created some uncertainty for the building industry, Rob is optimistic about the future, having spent the past few months designing the 48th community of his career. Each neighborhood is built gradually, avoiding the cut-corners that accompany mass production, and many of the homes sell before construction even begins, thanks to Rob Rice Homes’ successful pre-sale program.