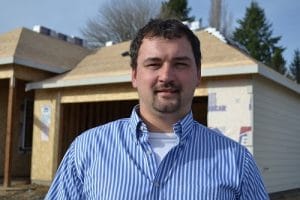 At 27, Mark Shepard is the superintendent for several Rob Rice Communities, supervising more than a third of the 75 homes the local home builder has under construction at any one time.

Through the mentoring offered generously by his boss, Mark is the youngest on any of his job sites though his passion for building started at a much younger age.

“I was drawing floor plans at the age of 12 because I have wanted to build homes since I was a kid,” Mark explains. “I love every part of building our homes and hearing buyers tell me they have bought ‘the best house out there’ or that they would ‘only buy a Rob Rice Home.’”

Though his path is paved with educational opportunities that contribute to his work today, Mark knew a great builder would ultimately have to teach him the ropes.

“There is really only one way to learn,” says Mark. “Most construction managers spend many years on the job site before they become a superintendent. I got thrown into it and I am learning from the best builder.”

The Chance of a Lifetime 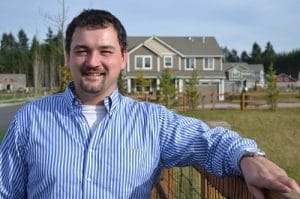 Rob’s desire to teach and mentor, along with his loyalty to those important to his family have made it a perfect opportunity for Mark.

“Mark grew up in Spokane and is best friends with our nephew, Rob’s sister’s son,” explains Helena Rice who often works with Mark on the design choices for their homes.

“He needed an internship to complete his degree in construction management and business at Eastern Washington University so Rob brought him on. He assisted him with permits and, with his advanced computer skills, organized our plan library and all of our budgets.”

“When our community of Chestnut Village in Olympia, Washington opened up, Rob made him the job superintendent and since then, he has taken on the community of Kensington in Lacey, Washington and most of our Select Home Sites in Thurston County as well as building three of our homes in Napavine— a monumental amount of work within just a two-year window.”

The Path to Building Homes 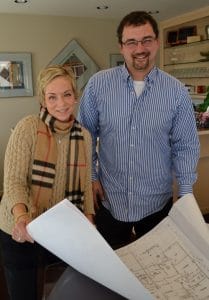 Mark discusses the upscale finishes they will put in a new Rob Rice Home with Helena Rice.

Mark considers himself fortunate to have had preparation in high school that fueled his dream.

“At Mount Spokane High School, I took engineering design classes through a nationally accredited program not offered anywhere else. It gave me a real leg up in college where I was showing my drafting professors short cuts with AutoCAD software, something I had learned as a freshman in high school.”

Mark spent three years at Washington State University in civil engineering following in the footsteps of several family members. But when an internship convinced him it wasn’t for him, he decided to return to exactly where he wanted to be as a kid, as a home builder. He transferred to Eastern Washington to major in construction management with an emphasis on residential building.

When he was finishing his class work and needed an internship, he met Rob Rice at a family wedding, where he found out that his best friend’s uncle was a well-respected builder.

“The first day of my internship at Rob Rice Homes was October 1, 2012,” a date etched in Mark’s memory. “After I graduated, I continued to work in the office. I wanted to learn everything from the office to the field.”

In May of the following year, Chestnut Village opened up and Rob made him the superintendent of the new homes community.

“It was not easy,” says Mark acknowledges. “I had a lot to learn. I had all my education, I could do the math and add up all my concrete, but it was real hard to figure out how to get the actual work done on the site.” 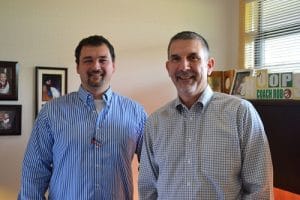 Mark has learned everything he knows about building homes from his mentor, Rob Rice.

Mark learned quickly that he need to get out in front of his mentor and boss.

“Rob Rice is on top of everything and is very hands on,” Mark notes. “I went through a rough period where he was always out on my site finding things I needed to take care of before I did. I learned that in order to beat him to it, I need to be on the job site before him.”

Mark now starts work at the crack of dawn and doesn’t get home till long after most people quit. He takes full accountability for his homes and his customer service mirrors the lessons of the builder that hired him.

“Our home buyers don’t contact the siders or the plumbers if they think something is not done right. They are looking for me. I will take care of it immediately or make sure it doesn’t happen in the first place. I don’t like it when someone is not happy.”

Mark says he has grown in his ability to get things done, even when they look hard or impossible.

“You don’t know what is going to happen each day keeping workers, subcontractors and vendors coordinated and moving forward.”

“No one is allowed to park off of paved surfaces. If one person does and I don’t get them back onto the street quickly enough, there will be five cars out there parked on the lot.”

Mark knows that Rob’s standards are strict but they are what makes his homes and communities shine above the rest and voted the Best of South Sound two years in a row.

“His standards are what is right, what is correct,” says Mark. “When I do walk-throughs, homeowners remark at how clean the job site is. Keeping our sites clean is a big priority for me.” 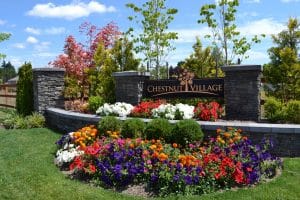 Mark is now engaged to Katye, another graduate of Mount Spokane High School. Though he works long hours, they both understand they are young and establishing themselves in their careers.

Mark enjoys being part of the family that not only opened up the opportunity of a lifetime, but makes him feel right at home. He now even bowls with Rob’s Dad on the Rob Rice Homes bowling team.

“We have shirts,” Mark brags.

Mark appreciates the close mentoring of the area’s largest builder.

“My ultimate goal is to be a builder myself, which is why I wanted to learn as much as I can from this amazing opportunity. I had the education but I needed a builder to teach me. Rob Rice has taught me everything I know about building.”

Learn more about Rob Rice Home at their website.