It was a big day, not only for the new owners of a beautiful Rob Rice home, but also for Rob Rice and his team. It was a time for the area’s largest local home builder to reflect on a significant accomplishment, and then look forward to a bright future.

The final home had sold in Kensington, the last of four large new home communities-Avonlea, Lexington, Stonegate and Kensington-built by the “Best of South Sound” builder along the west side of the College Street corridor in Lacey, WA. 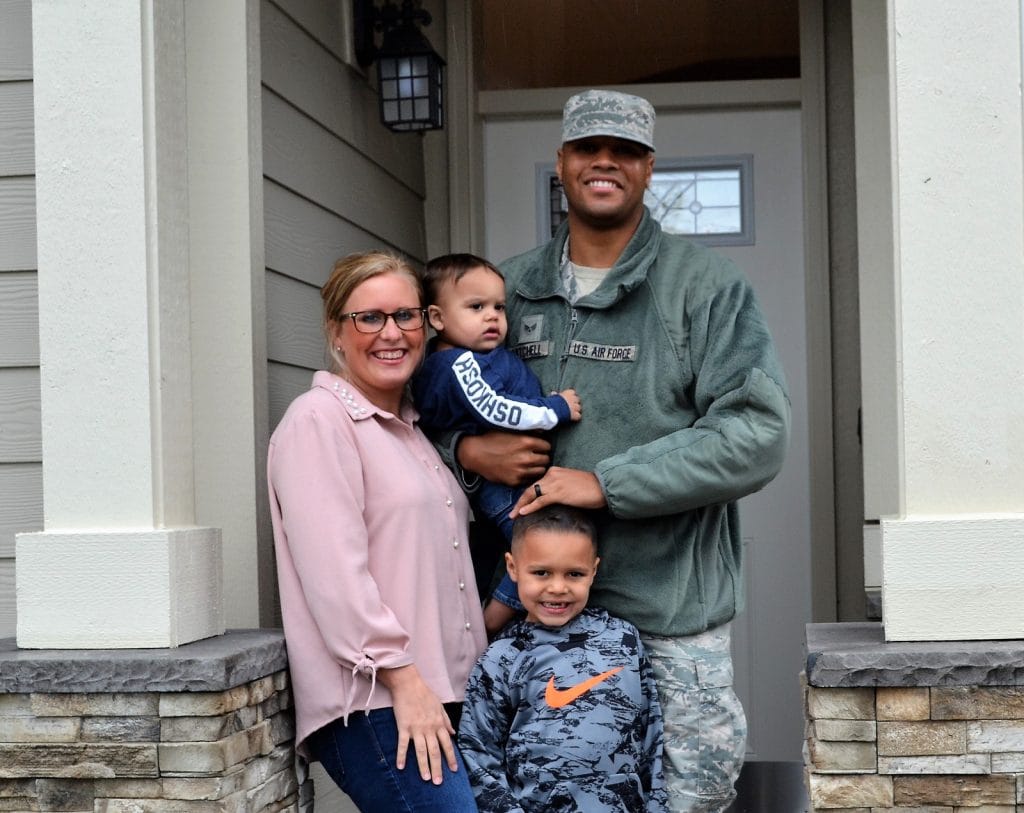 To mark the occasion, Rob and Helena Rice arrived before the home’s final walk-through with flowers and a gift for the new homeowners, a military family of four. The Rices had also invited Lacey Mayor Andy Ryder and City Manager Scott Spence as well as other friends, employees and Realtors to celebrate with them.

Rob Rice provided a bit of history for the new Kensington homeowners, Pierre and Kaylee Mitchell and their two children, along with the rest of the small crowd gathered in the front of the house.

“Twenty-four years ago, probably before these new homeowners were married, we first started development on the communities here. Now, 629 houses later, this is the last house. It has been a great relationship with the City of Lacey, starting when Greg Cuoio was the City Manager and Bob Patrick was the Community Development Director. We wanted to have you all out to say thank you–to the City of Lacey, to the Mitchells who now own the last home here and to others who have contributed to these great communities.” 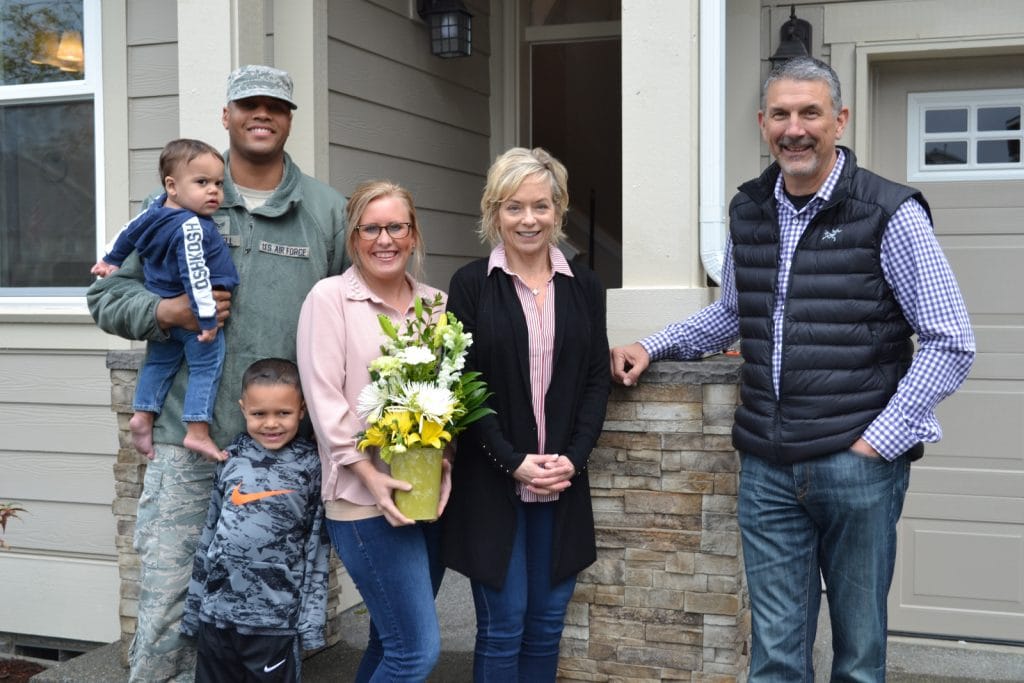 Rob and Helena Rice (r) arrived at the final walk-through of the Mitchell’s (l) new home.

Mayor Ryder expressed his mutual thanks to Rob on behalf of the City.

“We love Rob Rice Homes,” said Mayor Ryder. “They do an outstanding job building quality homes and neighborhoods. We have seen a lot of growth in our city partly due to the developers who share our vision. As a strong military community, it is important to have a supply of great homes for those who serve our country. We are thankful for all you do and your commitment to Lacey.” 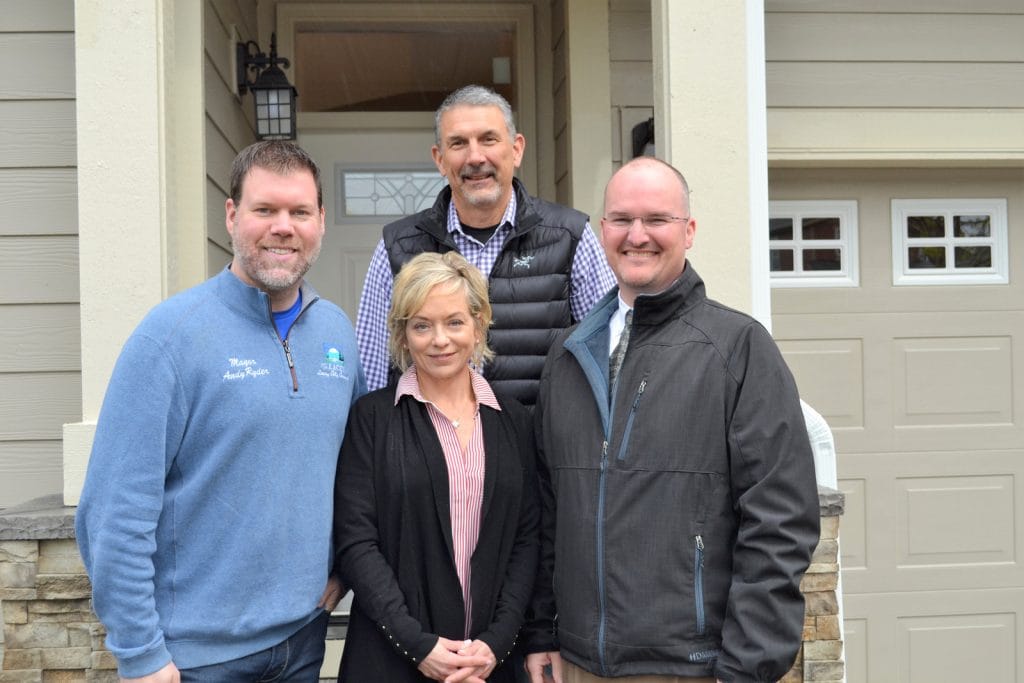 Rob began building the communities as a partner with Dennis Andrews in Gemini Homes. Beginning in 1994, they built 39 homes to finish the community of Avonlea, after multiple builders had built homes there. They then developed the neighboring community of Lexington with 163 homes, finishing in November of 2000.

After Andrews passed away in 2003, the company became known as Rob Rice Homes. Just next door to Lexington, another 187 homes were built in Stonegate at Avonlea by 2008. In 2007, construction began in Kensington for another 240 homes. The last one sold is the Mitchell family’s new home.

Kim Showalter, daughter of Dennis Andrews, has some fond memories of the early days along College Street before these beautiful neighborhoods were built.

“The land where Kensington and Lexington are now located used to be grazing land, along with the property just west of Lexington on the other side of what is now the Western Chehalis Trail,” said Kim, who has a key role in Rob Rice Homes today.

“Dad used to lease the land to graze some of his Limousin cattle, that were notorious for breaking down the cattle fencing. We received several calls in the office letting us know our cows were out roaming off of College Street. Rob and I, along with construction laborers, would gather Dad’s lost ‘babies’ many times in the early days.”

After 24 years of developing the area with expansive landscaping, trees and abundant green space, the four completed communities now grace the southern end of College Street, adding to the beauty and “Northwest look” of a main thoroughfare in Lacey. 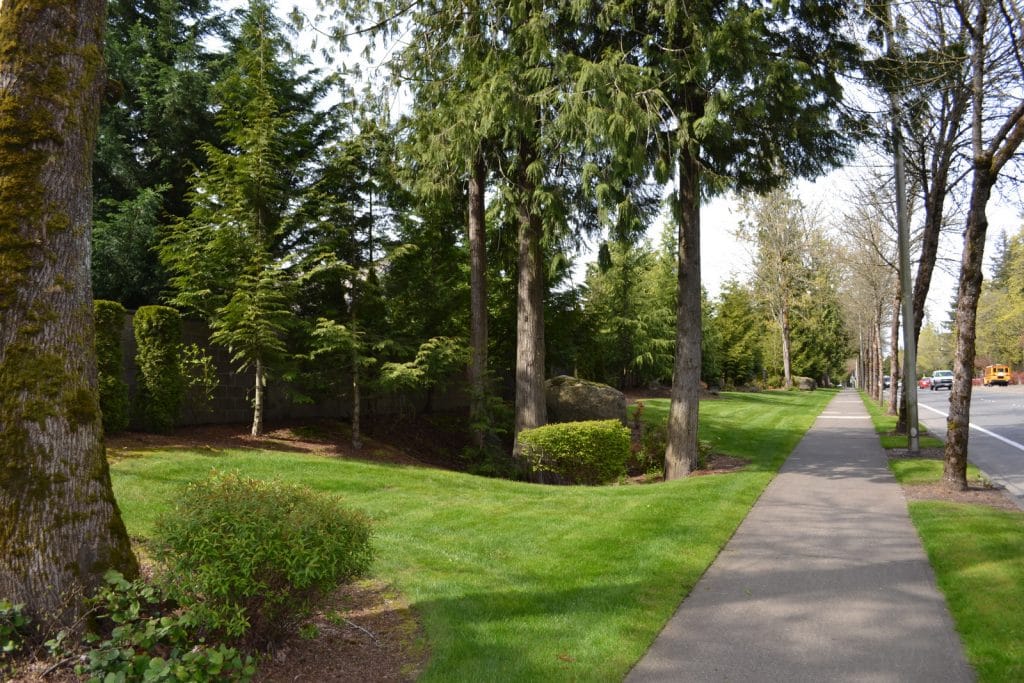 Lush landscaping inside and outside these communities provides Northwest beauty along College Street.

Grateful for the entire project, Rob called it an end of an era. He also acknowledged that a new one had begun with current Rob Rice Homes projects.

“This is ground zero because about 2000 of our homes are within a mile radius of here,” said Rob at the Kensington home. “But now, when you drive around town you will see our neighborhoods all over.”

Whether it is in the communities of Steilacoom Ridge, Campus Estates and Campus Peak in Lacey, WA, the beautiful Black Lake Palisades community in Tumwater, WA, Chestnut Village in Olympia, WA or the Villages at South Hill in Puyallup, Rob’s new homes are in high-demand throughout Thurston County and the South Sound.

But, the completion of the four communities west of College Street after nearly a quarter of a century leaves a long history of a community partnership and remains a great source of pride for Rob Rice and his entire team. The quality of his homes and his many satisfied homeowners-who are often repeat Rob Rice home buyers-attest to the success of the project and a local builder’s great care for the community he has helped build.