Behind the Walls of a Rob Rice Home

Walk into any Rob Rice home in and around Olympia, WA and you will see beautiful features that reflect the home’s true quality and luxury. Many buyers today are also looking for things that may not show up to the naked eye, yet are important to the solid construction and long-lasting value of a home.

“We made our choice because of the quality of the home and the amount of attention to detail we found,” said Charles K. a recent Steilacoom Ridge homebuyer. “It is what is behind the walls that convinced us. The quality of the 2×6 construction, the systems, the finishes, the bones of the house, the workmanship, all those things really impressed us.”

A Realtor with the Inside Scoop 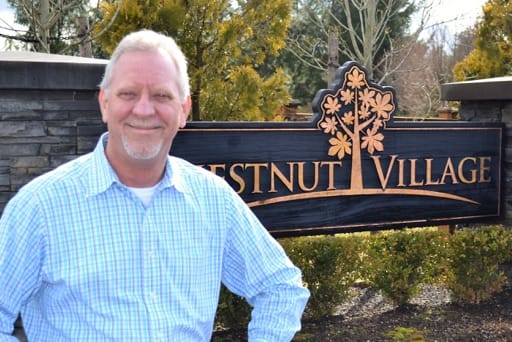 Guy DuVall knows the quality in the Rob Rice Community of Chestnut Village where he has sold several homes.

Guy DuVall, a Realtor with John L Scott in Lacey has helped several homebuyers purchase their Rob Rice Home. Guy has real insight because he used to help frame homes for Rob Rice, up until four years ago when he began his real estate career.

Early on, after his service as active military, Guy went to work framing for builders in South Florida and eventually opened his own framing and general contracting business in Idaho and Washington. Once his family put down roots here in the South Sound, he started his own framing company that soon partnered with Rob Rice Homes, a partnership that lasted for 13 years. His experience provides key insight on what is behind the walls of the local builder’s homes. 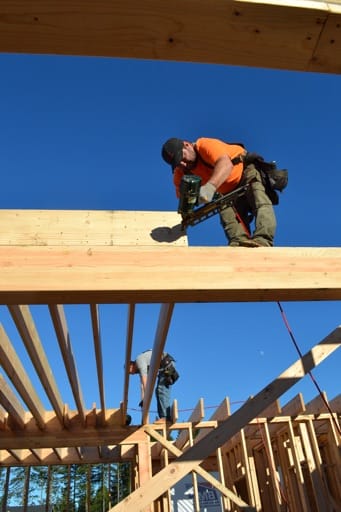 The framers for Rob Rice Homes build the sound structure of the home.

“Framing houses is an important task, because it builds a home’s structure,” says Guy who shares Rob’s view that a job should be done right the first time.

“Rob holds high standards. He wanted the job site clean at the end of the day because it represents the work that is going on. Rob visited the job site often. He still visits job sites from years ago to make sure his neighborhoods still look good 20 years later.”

“One of Rob’s biggest contributions was the materials we had to work with. If there was a product out there that was better than what we were using, but still cost effective, he would use it.”

Guy believes that Rob Rice Homes’ many long-term partners add to the superior quality of their homes.

“Framers know the house, the plumber knows the house and the electricians know the house. We did not have to figure out “How are we going to make all of this work? We knew how to make it work.”

“I really enjoyed it. I enjoyed building houses and taking care of peoples’ most valuable asset,” says Guy, who now loves selling them as a Realtor. “Because of my 26 years’ experience in framing and construction, people put a lot of trust in my opinion of the homes I show them, but Rob’s products just sell themselves.” 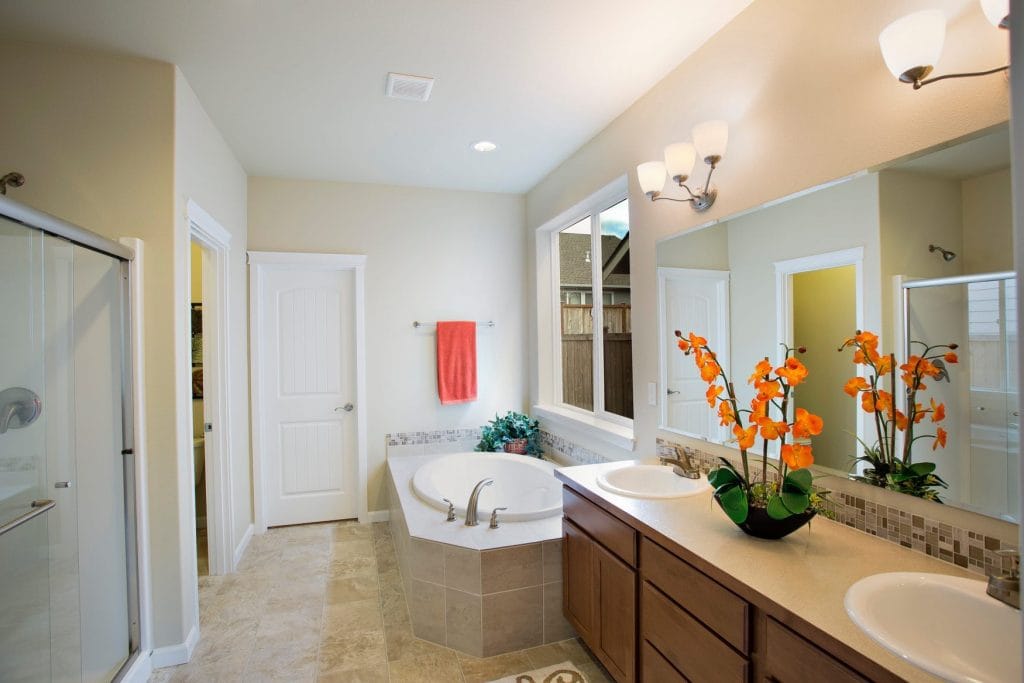 Special designer touches are fabulous in this Rob Rice Homes master bath, but so is the plumbing behind the walls!

Rick Sprout owns Black Hills Mechanical, the local company that has done all the plumbing for Rob Rice Homes for the last 15 years.

Rick says Rob Rice Homes is extremely detailed-oriented and the philosophy is to always do it right the first time.

“I’ve worked with a lot of builders and there is no one that is this organized and who cares this much. Rob Rice takes great pride in his homes and wants his homeowners to feel the same way.”

“Because of his high standards, my plumbers are paid an hourly rate and not a ‘per house’ rate as I can ensure Rob that he will get the quality he deserves.”

“The other advantage of working with Rob is the longevity of his sub-contractors as it makes for a real team environment and we all know each other well and work together so well. “

“If I see a problem with another sub-contractor, I can just talk with them and work it out because we have that trust. That is rare in this industry and really sets Rob apart from others.”

Chad Mcwhirt, the lead electrician, loves to work with the Best of South Sound builder as his schedule is always predictable, making work-flow easy to manage.

Because the quality is so high on Rob Rice Homes job sites, Chad has been recognized by Washington State’s 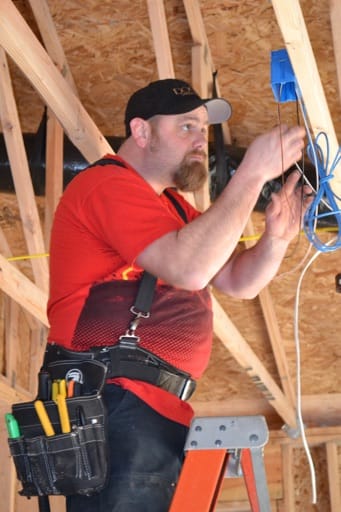 Department of Labor and Industries (L&I) for having picture-perfect work.

“The L&I inspectors come to a Rob Rice job site and they have their approval stickers in hand, ready to approve,” explains Chad. “I even received a letter from L&I recognizing the quality electrical work that we do. They still do a thorough job in inspecting our electrical work, but they know that the standards are so high on a Rob Rice Homes job site that we pass with flying colors.”

Chad adds that the longevity and trust they have with Rob Rice Homes job superintendents is so high that they feel like it’s a perfect partnership.

Rob Rice is Thurston County’s largest local home builder and was voted the Best of South Sound for 2013, 2014 and 2015. He has built more than 3000 homes over the last 30 years. He and his wife Helena live in Olympia with their two sons; Alex Michael and Carson. Rob is a graduate of Washington State University with degrees in construction management and architecture.